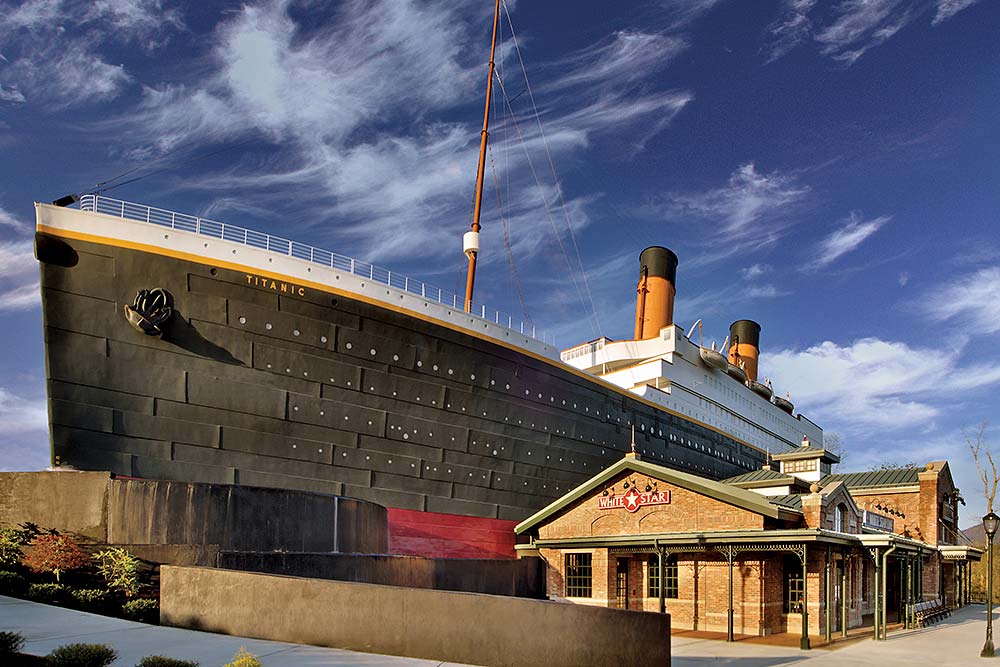 The famous Titanic ocean liner has been resting at the bottom of the Atlantic Ocean for almost 100 years, but now visitors to Pigeon Forge can experience for themselves the magnitude and the beauty of this legendary ship. Located on the Parkway in the city's Music Road area, the massive three-story scale replica of the Titanic showcases hundreds of priceless artifacts in 20 different galleries. Titanic Museum Attraction is set to quickly become one of the most exciting destinations in the area. More than 25 million dollars went into the construction of this exhibit, and every detail has been double and triple checked to guarantee authenticity. You will have the unique opportunity to examine artifacts taken off the ship the night it sank

Titanic Museum Attraction will feature 30,000 square feet of priceless memorabilia and fascinating exhibits spread across 20 galleries, all inside the ship itself. A step onboard is a step back to April 1912. Among the relics are 35 photographs taken by Father Francis Browne, a Jesuit priest and amateur photographer who was on Titanic's maiden voyage, and the master key for Titanic's first-class E deck, which was in the possession of cabin steward Edmund Stone. The key is valued at upwards of $150,000. 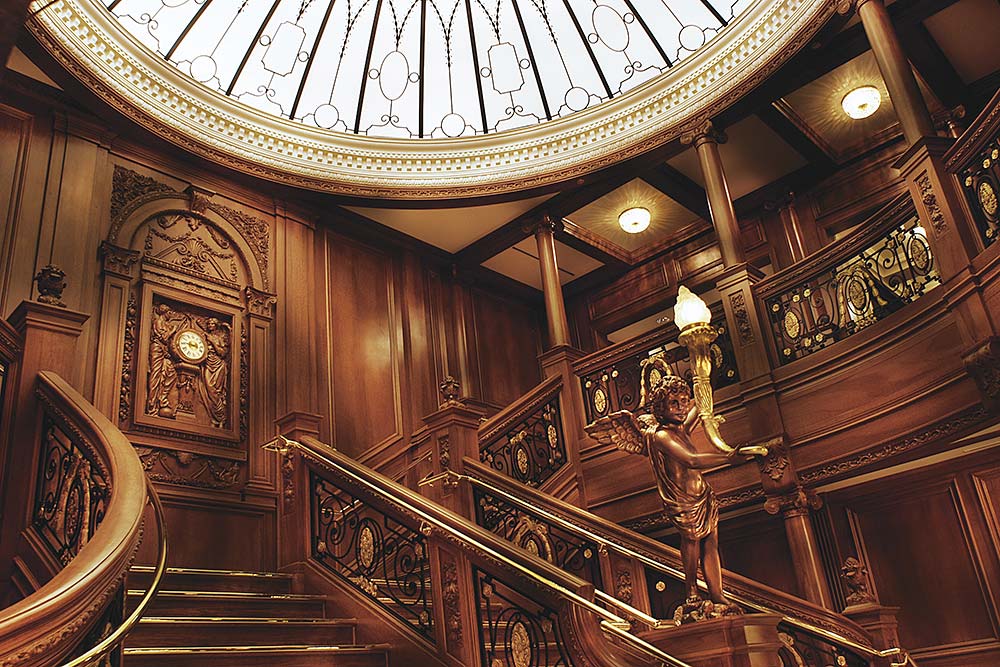 Other features include full-size replicas of the Grand Staircase, a first-class suite, a third-class cabin and Titanic's Marconi wireless room. The bridge offers interactive features similar to those of the attraction's sister ship in Branson, Missouri. Visitors can also get hands-on by touching an iceberg, experiencing the chill of 28-degree water, sitting in an actual lifeboat, "steering" the ship and sending an SOS message. You will be able to climb the magnificent Grand Staircase, carefully re-recreated from the original plans and made famous in the film Titanic. Imagine yourself eating decadent food in the dining room, an experience that only one fateful group of passengers ever had the opportunity to enjoy. From there, head down to the third class cabins for a starkly different image (and one that nearly two-thirds of the travelers onboard had to endure).

After examining the informative exhibits inside the galleries, you'll have the chance to participate in hands-on experiences specifically designed to take you back to that fateful night. Learn how to operate Morse code, feel how frigid the air must have been on deck as the ship went down, and come into contact with a towering wall of ice that replicates the infamous iceberg. Finally, suffer through 28 degree temperature for a few moments as you (briefly) empathize with those who were on the vessel the evening it sunk. 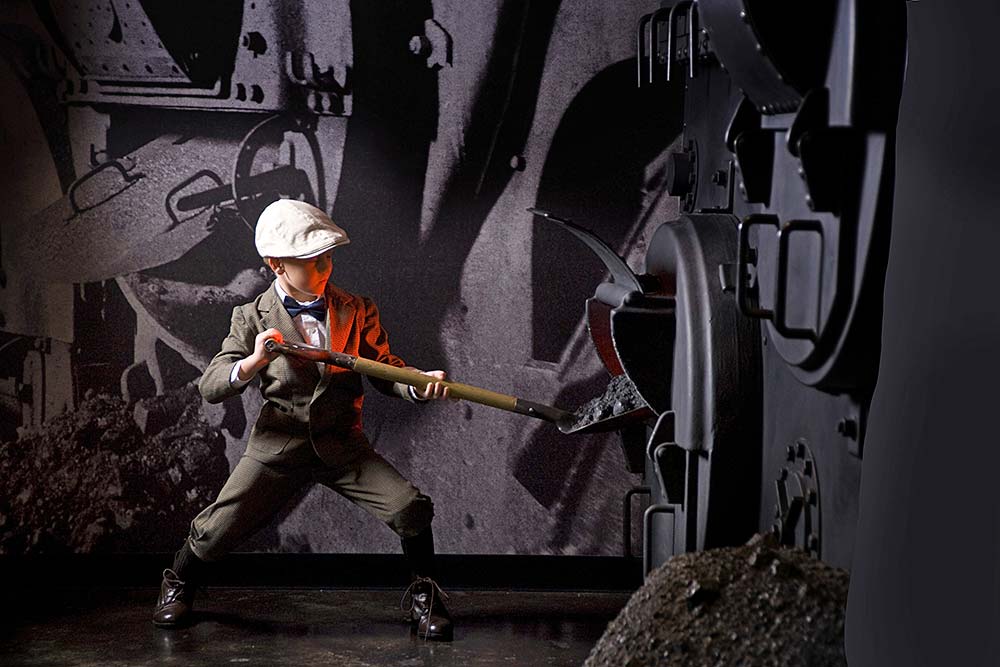 Perhaps the most innovative and exciting feature of the Titanic Museum Attraction is its complement of actors portraying crew members and passengers aboard the ship, including the famous Captain Edward J. Smith. Listen to the stories of surviving passengers, told from lifeboats taken from the original ocean liner. These characters will greatly add to the authentic feeling of the experience as a whole.

The ship is anchored in water to create the illusion of Titanic at sea, and a 90-minute self-guided tour gives guests the sensation of sailing on the original ship's 1912 maiden voyage. Upon entry, each guest receives a boarding pass bearing the name of an actual Titanic passenger or crewmember, whose fate is revealed on the Memorial Wall at tour's end. 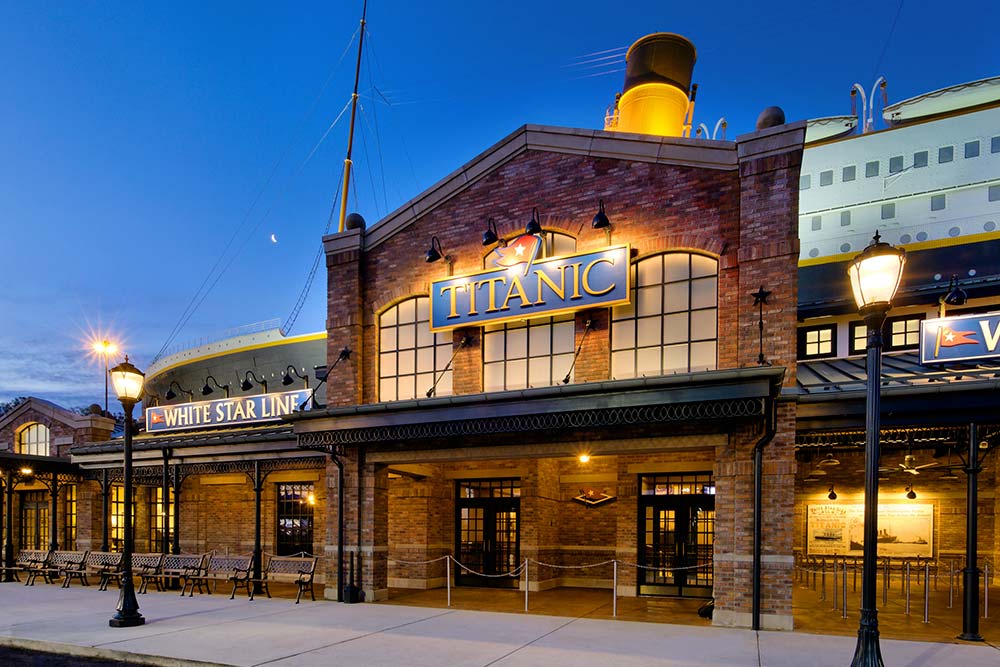