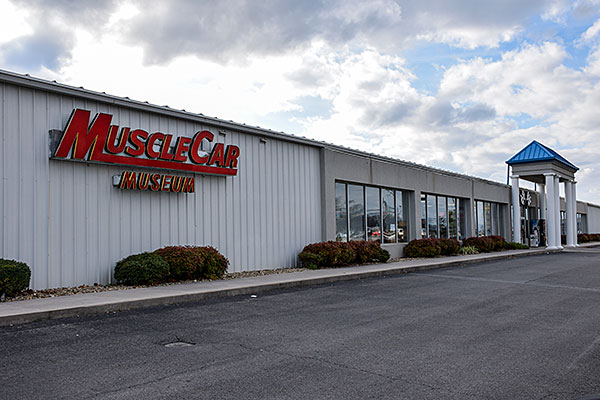 This Sevierville attraction knows how to flex its muscles, showcasing more than 90 of the most powerful, high-performance cars to come out of the 1950s, '60s and '70s. The museum, which is located on Tenn. Hwy. 66, has more than $7 million worth of vehicles on display throughout its 35,750 square feet. Among the hot wheels on hand are a 1971 Cuda convertible, a 1969 ZL1 Camaro, a 1970 Superbird, a 1962 409 and a 1969 Boss 429 Mustang. The inventory of vehicles is continuously changing, which allows repeat guests the opportunity to see something new every time they visit.

In addition to the vehicles, the tour includes a display of rare racing engines, a collection of racing memorabilia and a gift shop that's stocked full of souvenirs for auto junkies. On average, it takes about 45 minutes for most visitors to take everything in. Many of the cars in the museum are owned by proprietor Floyd Garrett, but the majority of them are on loan from other collectors. In both cases, the cars have been restored to immaculate, running condition.

In fact, the museum got its start as a natural byproduct of Garrett's interest in car collecting. After starting a successful trucking company in Florida, he began finding and buying the vintage muscle cars he remembered from his youth. His collection began in 1975 with a black 1970 Chevelle and began growing quickly. About 65 cars into the collection, he realized he needed to find them a home, and after relocating to the Smokies, his museum was born.

Floyd Garrett's Muscle Car Museum is open year 'round, except for Thanksgiving and Christmas days. Summer hours are 9 a.m. to 6 p.m.