Ripley's Aquarium of the Smokies 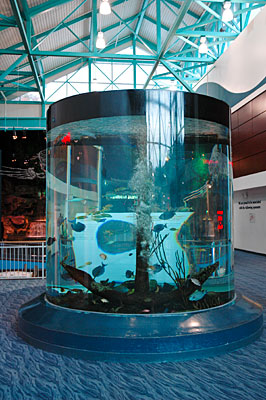 This downtown Gatlinburg attraction has taken its place as one of the Smokies' top attractions since making its debut in 2000. Featuring primarily saltwater specimens (but there are freshwater species as well), the aquarium is home to hundreds of different species of underwater dwellers, all of which captivate visitors with their beauty and mystery.

The facility utilizes nearly 1.5 million gallons of water to house more than 10,000 creatures in dozens of tanks and displays. Around every corner is a new discovery, each a marvel of nature that otherwise could only be seen from behind a scuba mask. Exhibits range from piranha and sea horses to gloriously colored reef fish and sea dragons. Some of the specimens are truly exotic, such as venomous jellyfish, giant octopi and Japanese spider crabs, the world's largest crustaceans.

In Shark Lagoon, 10-foot sharks, sawfish, eels and more swim together in nearly a million gallons of water. Guests travel through the tank in the world's longest underwater aquarium tunnel, on a 340-foot-long moving walkway. It's the next best thing to being in the water yourself. The visually captivating and interactive nature of Ripley's Aquarium makes the entire self-guided tour a delight. Background music and informative video presentations enhance the displays.

In the aquarium's largest tanks-Shark Lagoon, Touch-a-Ray Bay and the Coral Reef-divers get in the water and interact with their undersea friends in hourly dive shows. In the Discovery Center, visitors can get up-close themselves, petting live horseshoe crabs in the "touch tank." Ripley's Aquarium of the Smokies also features the Cargo Hold gift shop. 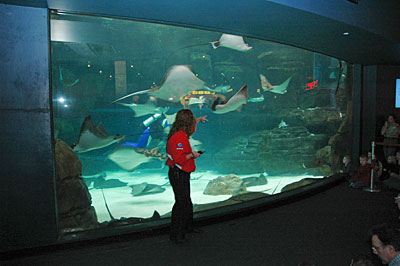 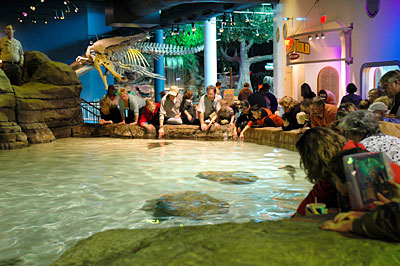 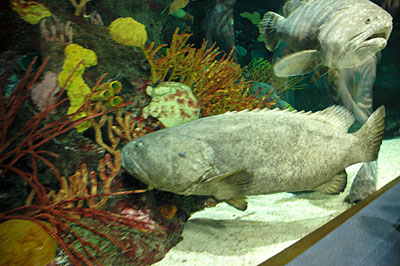 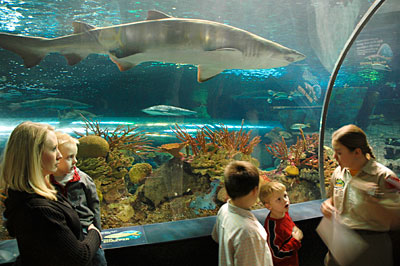