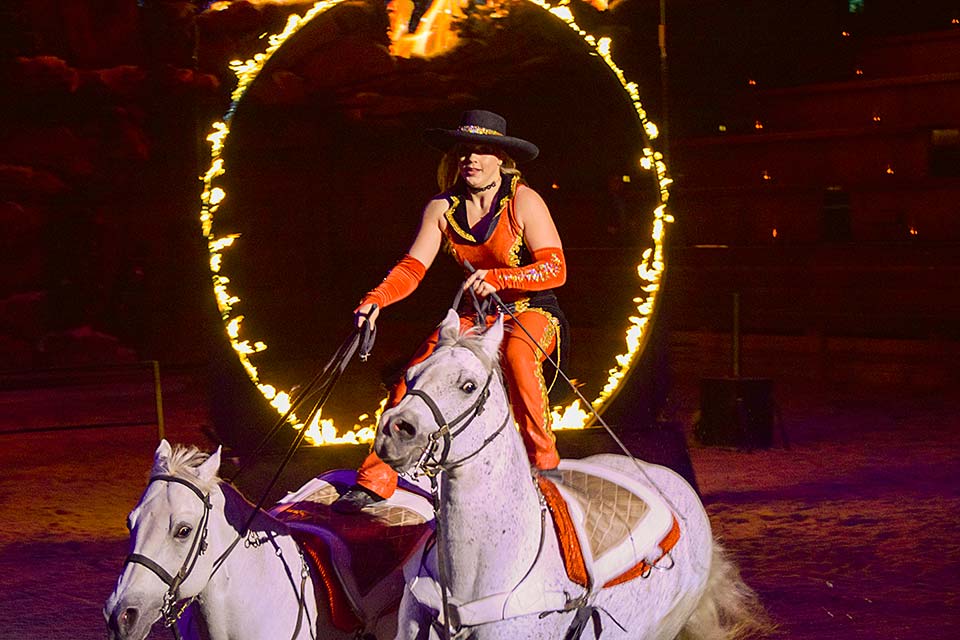 For more than 20 years, this Pigeon Forge dinner attraction has been doing everything on a grand scale, from its show, which stars dozens of magnificent horses and skilled riders, to its legendary multicourse meal, none of which fail to send audiences away completely satisfied.

Dolly Parton's Stampede has stood the test of time thanks to an arena-sized extravaganza featuring expert feats of horsemanship, stampeding buffalo, music, comedy and plenty of food, all framed within the context of a friendly North-South rivalry. The show's North-South theme runs through all facets of the Dolly Parton's Stampede experience. The audience is seated on corresponding sides of a 32,000-square-foot arena, and everyone in the cast-from the riders to the food servers-is either a Yankee or a Rebel in full costume.

The classic conflict between the Blue and the Gray is settled in a series of competitions involving everything from head-to-head horseback competitions to ostrich races to audience participation. Some of the events are one-of-a-kind; you'll laugh to the point of tears when you watch the world-famous Dolly Parton's Stampede racing pigs grunt and shuffle their way around the racecourse. 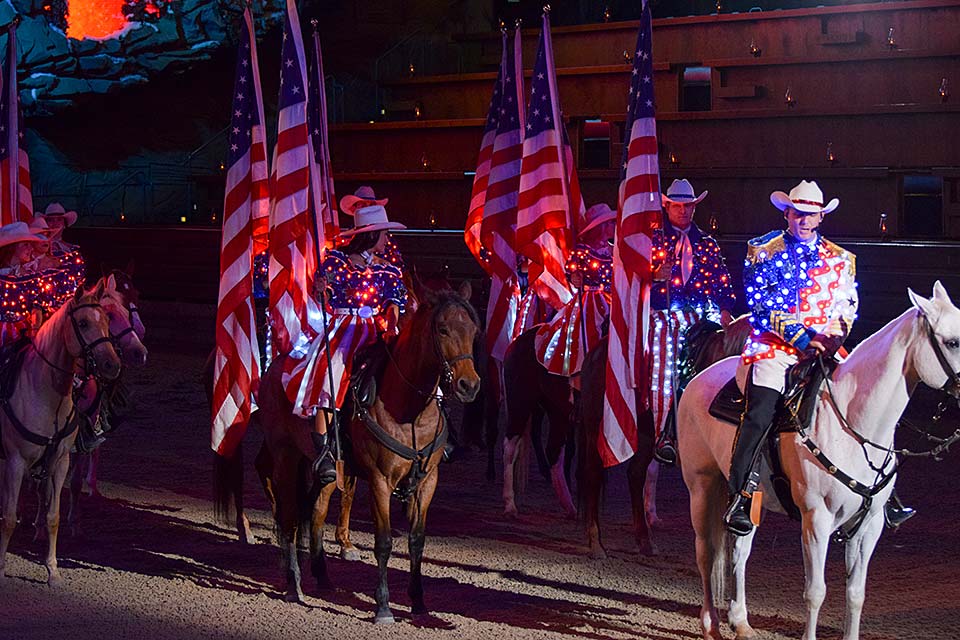 The show's finale is a true-blue salute to America. The blue and gray uniforms are shed in favor of red, white and blue costumes, and the entire cast parades on horseback in star-spangled glory. Pyrotechnics, flying Doves of Peace and a large-screen Dolly Parton music video all add up to an emotional and unifying climax.

Of course, there's a four-course feast, served hot in the middle of each performance The spread includes a whole rotisserie chicken, slice of pork loin, potato, corn, biscuit, soup and hot apple turnover.